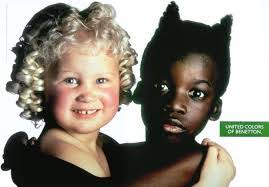 Fed-up with the LBPSB’s misuse of taxpayers money, I fired off the following email at 8:17 a.m , on Feb. 27, 2012, to every MNA in Quebec. I complained that since 2007,  LBPSB Pre-Ks were being funded from the regular operating budget from the Board and the community is upset.
Hundreds of thousands of dollars were being diverted annually to operate something the government clearly did not approve. It’s been estimated the figure was almost  $ 1,000,000.  On the same day, the Pearson Council was meeting. They drafted a hastily prepared resolution, and by 11:10 p.m. the system collapsed. (Pre-K was not on the agenda).
………………….
———- Forwarded message ———-
From: Chris Eustace <ceustace@videotron.ca>
Date: Mon, Feb 27, 2012 at 8:17 AM
Subject: Questions for the Lester B. Pearson School Board Council of Commissioners Meeting on February 27, 2012
To: Commissioners, Directorate, Central Parents’ Committee of the LBPSB and all MNAs
……………………………………………..February 27, 2012
Questions for the Lester B. Pearson School Board Council of Commissioners Meeting on February 27, 2012
Copy:  Members of the Quebec National Assembly
Concerning:              1. LBPSB International Pre-K  centre in Dorval and
2. LBPSB  five Pre-K centres
Recently the Quebec government took action against the Lester B. Pearson School Board for operating a daycare centre without a ministerial permit,  and threatened to close the centre.
This action  has been reported extensively in the media and , as a consequence,  has also raised questions within the community.
ISSUE 1
Whereas  the International Pre-K is a centre which is housed in a public facility , a former school of the LBPSB , and  , which , in effect, is depriving private daycare operators, who have legitimate government  permits, of their livelihood ,
would the Board disclose the expenditures incurred to operate the centre when the costs of snow removal, maintenance,  renovations, cleaning, HYDRO ,  computer / telephone lines are calculated?
Do the centre revenues cover the aforementioned costs?
Will the Board produce a full financial report on the revenues and expenditures of the centre?   If so, where can we obtain these reports?
ISSUE 2
It was recently publicized, and accepted by the Board that this year there are over 900 oversized classes in the Lester B. Pearson School Board.
At present, there are five unfunded Pre-Ks for 4-year-olds operating by the Board.
Since 2007,  these Pre-Ks have been, and continue to be  funded from the regular operating budget of the Board.  Also, since 2007, there have been reported complaints by the community and daycare operators about the diversion of funds from the regular operating budget.
At the public LBPSB Executive Committee Meeting on February 20, 2012,  the question was asked as to  the exact amount of public monies  required from the regular operating budget  to run these  Pre-Ks.  The Board indicated that an amount of   $225,000 per annum was being spent ;  even though the Montreal  Gazette on April 27, 2007, stated that  the amount for the three proposed  Pre-Ks “would cost the board  $250,000 – $ 300,000.”
What is the amount being diverted from the LBPSB regular operating budget to fund these five Pre-Ks?
Furthermore, do these 5 (five) Pre-K classes have a component which is considered a daycare? If so, does the board have permits to operate these centres?
With respect,
Chris Eustace
…………….
Minutes – Feb. 27, 2012 – page 82/3 re Pre-K
(Note questions asked at the two Question Periods)
http://www.lbpsb.qc.ca/eng/council/global/Council%20Minutes/2011-2012%20Minutes/c_min_2012_February_ver2.pdf