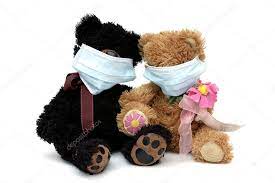 Last week’s debacle at Greendale School in Pierrefonds has left more than just distraught parents trying to figure out what happened. Now the Quebec government is looking into what went wrong.

The Lester B. Pearson School Board (LBPSB) had been charging parents $100 per month — which amounts to less than $5 per day — for a pre-kindergarten service at Greendale, which Quebec Ministry of the Family (MFA) inspectors precipitously shut down, April 30.
Mothers interviewed by The Suburban did not understand the three-way squabble between two different Quebec government departments and LBPSB. They were under the false impression that Greendale school’s pre–kindergarten program for four-year-olds had been authorized and subsidized by the Quebec Ministry of Education.

Retired West Island teacher Chris Eustace, who has followed LBPSB policies closely for the past 12 years, said that the subsidy money instead came from misused local school taxes. He believes that LBPSB officials misled parents.
“I feel very sad for these young parents who were led to believe this,” sympathized Eustace. “However, it is good that the government is putting its foot down.”
The losers are the four-year-olds, their parents and private day care clients, Eustace explained.
“LBPSB didn’t receive any extra money from Quebec City to create new pre-kindergarten programs for four-year-olds — so it subsidized them out of the school board’s existing operating budget, taking money intended for students aged 5-17.”

Parents couldn’t fathom why the two Quebec government departments conveyed completely opposite messages.
Greendale parent Laura Bodnick acknowledged that MFA sent her a letter March 22, telling her that the school’s daycare service was illegal.
“It said that they might close the facility as of April 23, but school board officials told us not to worry,” she said “They assured us that nothing would happen before the end of the current school year.”
Family minister Yolande James’ office has asked her department to find out what happened and whether MFA regulations need to be harmonized with Ministry of Education regulations.
“The ministry will be taking a closer look at the situation,” James’ press secretary Olivier Duchesneau told The Suburban in an interview. “The MFA’s regulations are aimed at daycares, whilst Ministry of Education regulations are aimed at academic education.”
During a news conference last week, LBPSB director general Robert Mills told journalists that one Quebec law governs daycare for four-year-olds in schools while a different law specifies standards for five-year olds.
“At this stage it’s too soon to say whether this is a problem of harmonization, so we’re looking at the situation,” responded Duchesneau. “When a problem like that arises, we carefully take stock of the entire situation. Is theGreendale problem generalized or is it one of only a handful of problems?”
“The Quebec daycare network is young and still developing,” continued Duchesneau. “As we speak, there are more than 207,000 seven-dollar-a-day daycare places in Quebec, out of a total of 245,000 places, including unsubsidized facilities, which are regulated by the laws of the Quebec Ministry of the Family.”
“So we’re looking at the situation in order to determine to what extent overlapping jurisdictions might have become a problem as the daycare network has evolved during the past 15 years or so.”
Those figures don’t include daycare places in Quebec schools, for children aged five or more, which are governed by the Education Act.
Middle-class subsidies

Quebec does subsidize pre-kindergarten for underprivileged children, Mr. Mills said. However, he cited a 2006 Quebec English School Board Association report that suggested that pre-kindergarten might benefit four-year-olds from advantaged families, as well. However, he did not offer why LBPSB opted to use school taxes to subsidize middle-class parents when it created the program at Greendale.

Quebec’s English school boards have been plagued by falling enrolment for decades, since restrictive language laws and a subsequent exodus from the province cut its English-speaking population by half and restricted entry to English schools.
Greendale four-year olds now face a slow, 5.3 km LBPSB-subsidized bus ride during rush hour every school day to get from Pierrefonds to their new school premises in Pointe Claire. Parents are required to pick their children up there at the end of each school day.

“They knew about the problems from the outset,” Mr. Eustace concluded, “but LBPSB administrators told parents ‘Don’t worry about it. We’ll manage it.’ — and in the end, it completely collapsed, as we witnessed a few days ago.”