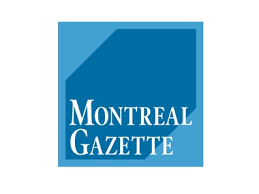 Once he is premier, Philippe Couillard should immediately disband the Quebec English School Boards Association and all other similar educational old-boy groups.

Whatever the QESBA does for anglophone classroom teachers — and that is an extremely short list — it really is nothing more than a convenient resting place for retired English school administrators.

( JB is a McGill professor)

Teachers are indeed valuable, but school boards much less so        (April 16)

David D’Aoust, president of the Quebec English School Boards Association makes the claim “that the English-language education system in Quebec is one of the most successful systems in the world.” I would like that to be true, but as he cites no sources, it should be recalled that in tests given by the Canadian Council of Ministers of Education just a few years ago, showed that Quebec’s English schools success rates fell below the national average.

He states “we are a privileged population as a result of dedicated and innovative staff members, as well as locally elected school boards.” Teachers may be dedicated, but in the most recent statistics, Quebec teachers ranked the country’s lowest paid (24th of 24 groups surveyed). As for the value of school boards, he again provides no proof of his contention. Private schools, which produce far higher graduation than the public system, seem to survive and blossom without boards.

In my years in education, I can never recall any teacher making a remark, suggesting that the boards provided much of any great value to them. Quite the contrary, the boards were perceived as being a burden, not a support, and a repository for individuals who wished to escape where the real work of education occurs; in classrooms where students are taught.

I found the piece by David D’Aoust, president of the Quebec English School Boards Association, an annoying read. In a few weeks, when the Couillard government passes its budget, Gazette readers can expect the same pitch: We are important; we need to ensure student success and we need more funding.

Language-of-education restrictions are not the only reason for this state. Parents of thousands of children who are eligible for English schooling have chosen French or private schools. Indeed, the future for the English system is bleak.

That said, although the QESBA likes to present itself as the English community’s true representative, there has been nothing to suggest that it has done anything of pedagogical or cultural value for the community. In the area of challenges to restrictive laws regarding eligibility to English schools, the association has done nothing of significance to brag about.

Recall, a few years ago, the matter of updated textbooks for our students to follow the curriculum reform, it was the government that came to the rescue of the students.

On the matter of “student success,” of what value are these costly QESBA conferences and conventions?

The QESBA must understand times have changed.

Parents neither know nor care about the commissioners, except when they close the school. They care about well equipped, well run classrooms in a clean, well run school.

They also care about being over taxed. If QESBA really wants to help out, consider reducing administrative costs, rather than condemn everything that governments do regarding budgets.

Philippe Couillard has promised to cut down bureaucracy at the government level. School boards should consider doing likewise because they, too, seem to have a coterie of untouchable bureaucrats.

D’Aoust closes with, “ Mr. Premier, the ball is in your court.”

It is also in QESBA’s court.