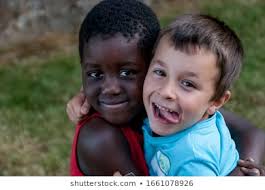 The Pre- K  fiasco
The diversion of $100,000′s  from the regular operating budget to create Pre-Kindergarten classes. Of course, all this was not right nor ethical and  totally  illegal.
Chapter 1, Division 1 , Rule 1 of the Education Act says:    ” The age of admission to preschool education is 5 years on.…” , not  4 ….
There was a petition, letters and more letters  to the Editors complaining about this state . This communiqué from the Dorval community pre schools and  Sector 1 of the  LBPSB Parents Committee outlined the situation

Years later, on Feb. 27, 2012 , the whole Pre-K thing collapsed.   Watch the webcast Council meeting of that day starting at the 170-minute mark .  The item was not on the Agenda but the entire National Assembly had been notified  earlier in the morning.
Thank Heaven for the government, which finally put an end to this practise, which a byline ,  in the May 9,  2012 Suburban read : ” LBPSB  accused of misusing  school taxes. “
More info, in an editorial, by  ACDSA.
……………
Let’s recapitulate this story.
On April 30, 2007 the LBPSB passed a resolution, titled : Four-year-old Kindergarten Project
07-04-01 WHEREAS the Lester B. Pearson School Board supports the recommendation of the Quebec English School Board \ Association (QESBA) that a “pilot” project be undertaken in developing and providing a half-day Kindergarten program for 4-year old children; ….
WHEREAS the Lester B. Pearson School Board will benefit from the leadership and involvement of the QESBA in the development and support of the curriculum for the pilot project; ….”
…and thus begat the LBPSB PRE-K  and the diversion of funds
(Incidentally, this business of the LBPSB supporting the “recommendation” and “leadership” of the QESBA is funny.  Marcus Tabachnick was the president of the QESBA and, at the same time, chairman of the LBPSB – for about 10 years…)
……………………
On January 29, 2009, The Gazette reports ” Preschools ticked off at school board”

‘Daycare directors in Dorval are accusing the Lester B. Pearson School Board of cannibalizing their preschools in order to set up a new kindergarten for 4-year-olds…….

But Guihur argued that what the board is doing is simply not fair.

“The use of scarce public funds to service an area that is already serviced is an unethical and questionable use of public funds,” she said.

To see the petition, go to www.petitiononline.com/080117/petition.html. ‘