School board withdraws from association 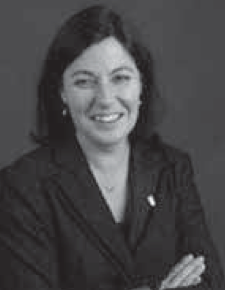 Quebec’s second largest school board is severing ties with the Quebec Federation of School Commissions (FCSQ).

The Commission scolaire Marguerite- Bourgeoys (CSMB) announced last week that it is withdrawing from the federation that groups 61 French school boards, at the end of next March.

The decision, voted unanimously by the board’s 21 commissioners at its last council meeting, came after a series of fundamental differences between the board and the Federation whose recent measure grants a substantial exit bonus to the Federation president when he or she resigns or is not re-elected. The sum of about $9,000 per service year – meant to augment the value of the position – could amount to more than $50,000 for current Federation president Josée Bouchard, who was first elected in 2009 after spending 11 years as president of the Commission scolaire du Lac-Saint- Jean.

(The Quebec EnglishSchool Boards Association has no such package for its leader, and current president David D’Aoust did not respond to Suburban request for a comment before press time.)

The St. Laurent-based CSMB along with other member boards fought the measure unsuccessfully. “We believe the role of the FCSQ should be dedicated to the best interests of students, young people and adults,” argued CSMB President Diane Lamarche-Venne, adding that the school board expected “greater solidarity” from the Federation with its members in a period of major and recurrent budgetary restrictions, including next year’s $4 million in ordered cutbacks.

The bonus measure is even more galling for Marguerite Bourgeoys and other boards because for three years they argued in vain against annual membership fee increases at the Federation. “We weren’t even heard at the general assembly,” she told The Suburban. “It was very difficult. We couldn’t even get it on the agenda.”

Those fees- about $190,000 a year, were to increase a modest amount – about two percent a year – says Lamarche-Venne.

“But at the same time the government was demanding millions in cutbacks from us. We were being asked to pay more as if everything was normal. It wasn’t right.” This year the Federation finally agreed to freeze fees, yet simultaneously introduced the president’s exit bonus. “That was the last straw.”

President since 2005 and an elected school commissioner since 1995, Lamarche-Venne says it’s hard to ask staff, students and taxpayers for sacrifices when those “who should represent us are not doing their part.” She said Marguerite Bourgeoys is making its cuts wherever it can, cutting administrative jobs, using attrition to reduce its payroll and analyzing all systems to become leaner, and more efficient, something she says is succeeding. “We are seeing it pay off.”

Nor is she convinced that her board has lost an important voice in the Federation. “I would like to see perhaps if there is something we can do with the other boards.” Marie-Victorin in Longueuil and Grandes-Seigneuries in La Prairie have also reportedly served notice that they are also considering withdrawing.

The Marguerite-Bourgeoys school board has approximately 51,000 students in 91 centres across seven Montreal boroughs and 13 municipalities from Outremont to Senneville, making it an important institution, she says. “We are the second largest board in Quebec and we have a great reputation with great projects. We are going to attract a lot of attention and are going to have a voice because we are doing very interesting and creative things but it would be interesting to have a voice with others that share the same issues and values.”

“I think we are making a positive point: it’s very important to show taxpayers that we are responsible.”