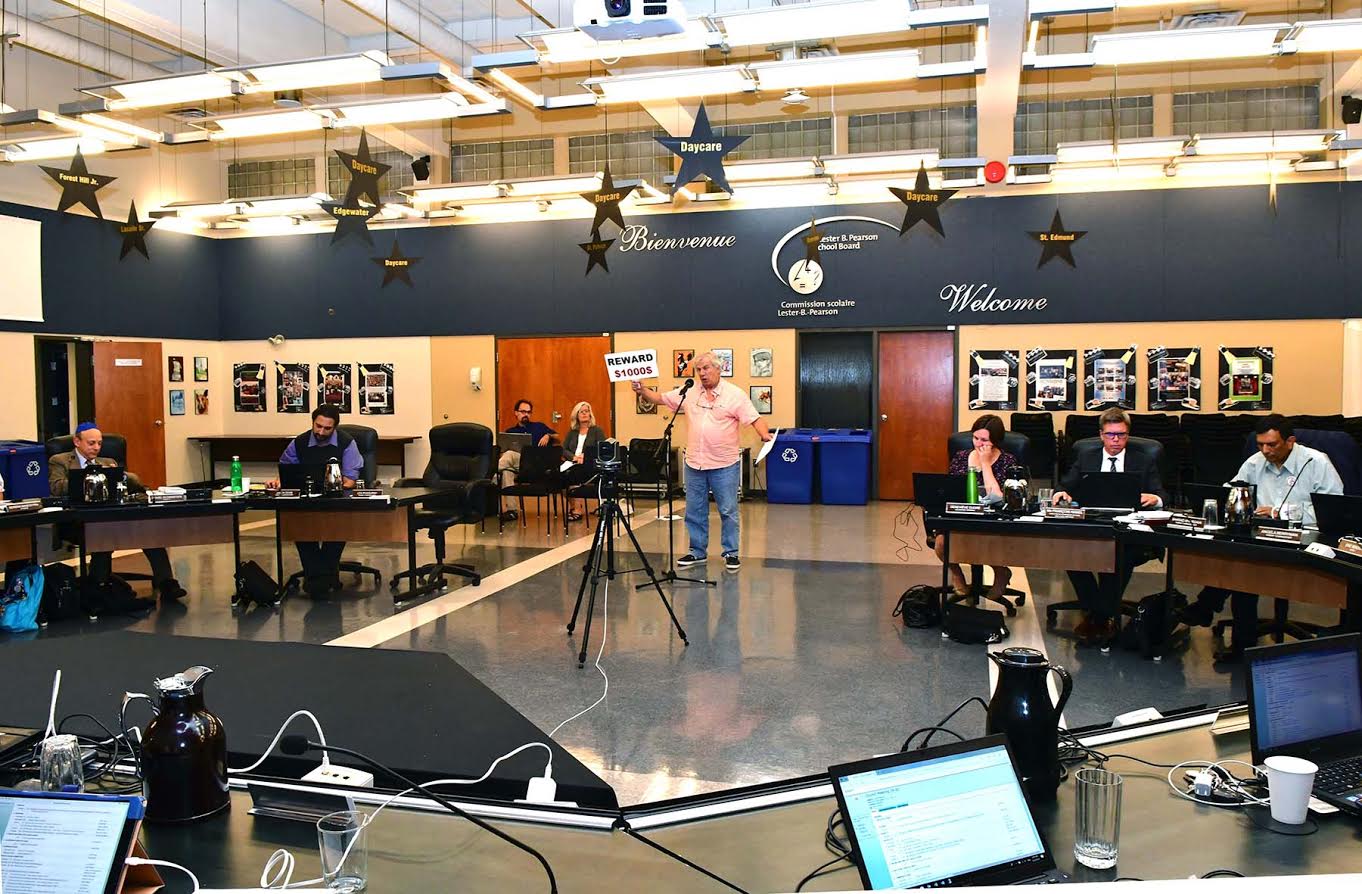 Article 168 of the Quebec Education Act calls for Public Question Periods where the taxpaying public is given the opportunity to hold the school board accountable.

For over 21 years, strictly as a volunteer, I have been participating at Question Periods at the LBPSB Council, Executive Committee and, for several years, Parents’ Committee meetings. Almost always, I am the ‘Public’ – and this is a problem.

The Pearson board, unlike the EMSB, has no opposition of sorts. EMSB meetings may sometimes seem like a circus but, at least, it is democracy at work. At the LBPSB, things are run like a ballet and school board secrecy reigns.

Consequently, it’s been easy for Pearson chairpersons to silence me by banning me from participating at Question Periods.

That said, during my 35-month ban by Chair Suanne Stein Day (SSD), I decided to run against her in the Nov. 2014 elections.

The first item on my campaign card (below) reads: “Restore democracy at public question periods.“ I lost even though I garnered 3650 votes.

Finally, after SSD was found guilty of breaking the rules of the board’s Code of Ethics, she eventually resigned.

I was allowed to resume participating at Public Question Periods but something insidious started to happen…Suspiciously, on more than one occasion the microphone I was using didn’t work, and my comments / questions were not forwarded to the public.

Things came to a head in May when part of the audio (1 minute and 38 seconds) of the Chairman’s report was deleted. The matter concerned the Ethics Commissioner and his report on the Riverdale affair.

“In any kind of democracy, particularly when we are talking about elected officials, opposition critics are also a major part of the vitality and functioning of democracy.”

On Sept. 16, 2019, I was the public at the Executive Committee meeting and asked ONE question, which, as is my practice, I had previously submitted in writing to all commissioners. They refused to answer the one question.

The question was “What happened to the entire webcast Regular Council meeting of August 26, 2019?“ Again, I was the public at that meeting. No webcast ; no explanation. Commissioners don’t even pretend anymore.

Democracy has completely collapsed at the LBPSB. Consequently, I am offering a REWARD of $1000 for the aforementioned missing audio (1m. & 38s) from the chairman’s report. The missing segment is very damning and the information can be used to justify the CAQ education plan.