Home » Chris Eustace , a retired teacher and grandfather of eight, is running to be the next chairperson of the Lester B. Pearson School Board.

Chris Eustace , a retired teacher and grandfather of eight, is running to be the next chairperson of the Lester B. Pearson School Board. 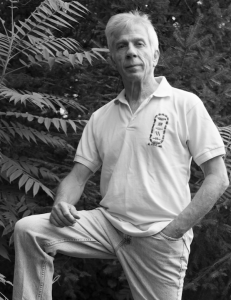 Chris’s son Jonathan, takes a picture of his father for the family album.

Chris Eustace is not a politician but has come to the realization that the elected school boards of today are nothing more than anachronistic institutions, characterised by arrogance , negligence and extravagance. Unlike the other chairpersons , Eustace does not need the salary that comes with the chairmanship. He is comfortable with his three pensions : Teachers , Provincial and Federal. Creating unnecessary committees that come with expense accounts, and good times, at fancy places is not his thing. After all, he’s been attending Council meetings , as a volunteer, to improve matters, for 15 years with no salary , travel expenses or any other expense.

Some of his contributions to the board include these ideas : the webcasting system , defibrillators in all schools, the concept of the student ombudsman , and a proper Code of Ethics for Commissioners. ( Although the Code needs further work due to recent business transactions.) With the help of others, one of his proudest accomplishments was putting an end to the practise of diverting funds from the regular operating budget to the tune of hundreds of thousands of dollars ( $100,000’s) for the creation of Pre-K classes.

Reform and change must come from within. The culture of self-entitlement with a lot of rhetoric and an inflated sense of self importance must go.
School boards have forgot that everything a board does should be geared toward improving conditions in the classroom . That is not done by attending conferences, conventions and congresses, in posh hotels, in faraway places. Pretending to be important doesn’t wash in the age of Twitter and Skype. He believes every decision taken should be based on the question : ‘ Of what pedagogical, economical or cultural value does this decision benefit the student ? ‘

He considers Governing Boards, comprised of parents, teachers, school principal and support personnel, to be more valuable than school board commissioners and all their committees.

To improve the quality of education in public schools, seven Quebeckers in ten favour greater independence for school principals . Eustace is one of those Quebeckers. Under his chairmanship, principals will be given greater autonomy.

Chris Eustace is prepared to lead the fight with parents and taxpayers who are demanding more Accountability with less Bureaucracy for better Classrooms and more Democracy for a superior Education system.